Lolita Fashion and its different substyles 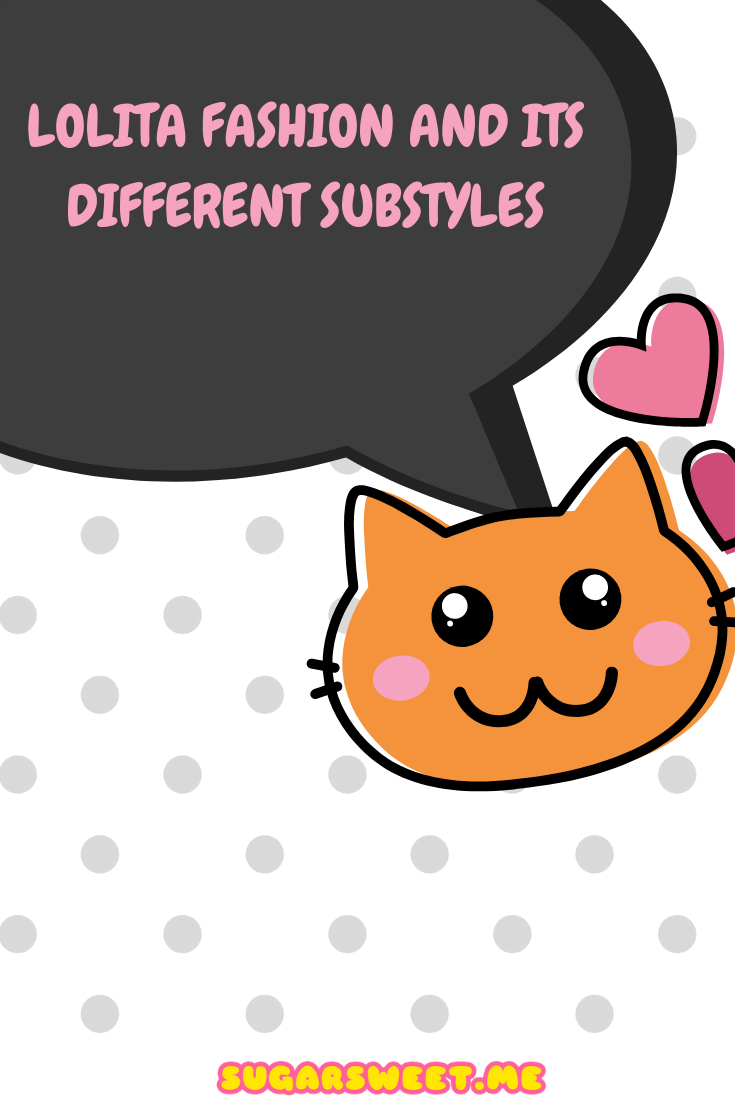 Lolita fashion is a popular fashion subculture from Japan. Influenced by Victorian children clothing and the aesthetic of cuteness. Voluminous dresses combined with blouses and hairbows are typicals outfits.

There are many substyles in lolita fashion but the three main styles are Gothic lolita, Classic lolita and Sweet lolita.

Gothic lolita takes most of its Gothic influence from Victorian inspired Goth fashion. It retains the basic lolita aesthetic of an overall modest look with the staple full, bell-shaped skirt in dark colors (mostly black) and can be combined with contrasting colors such as white or red. Gothic lolita also uses many common gothic motifs such as skulls, crosses, roses, etc.

Classic Lolita tends to be the style that is most heavily influenced by the Victorian era. It tends to use the A-line shape more than any other Lolita style but bell-shaped petticoats are still popular. Colors such as ivory, wine red, dusty rose and brown are common as well as floral prints.

Sweet lolita has the same basic aesthetic as the other lolita styles but adds more cuteness to the style. Pastel colors such as baby blue, pink, lavender, mint green are popular colors combined with lace, embroidery and bows are typical sweet lolita dresses. Motifs such as cupcakes, pastries, fruits and cute animals make the outfit cuter. Curly blonde wigs with bow headbands are common to combine with the lolita outfit.

This error message is only visible to WordPress admins

Please go to the Instagram Feed settings page to create a feed.

The store is temporarly closed for maintenance. Dismiss